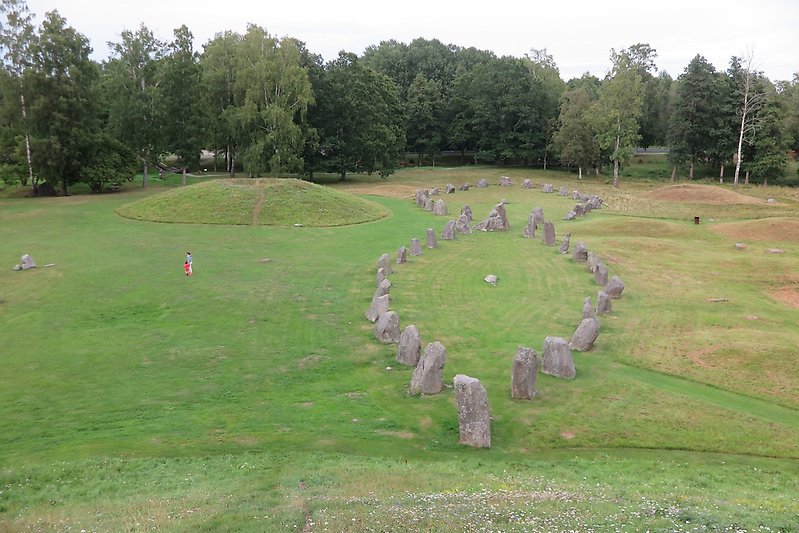 A ship setting consists of standing stones placed in the form of a ship. At Anundshög there are five of them placed near the mound. No other area with prehistoric remains in Sweden has five ship settings. It is a typically Nordic ancient monument. The ship settings were most probably considered to be pagan and the stones were toppled over as Christianity grew in strength. Four of the five have been restored. The largest one is 53 meters long and 16 meters wide