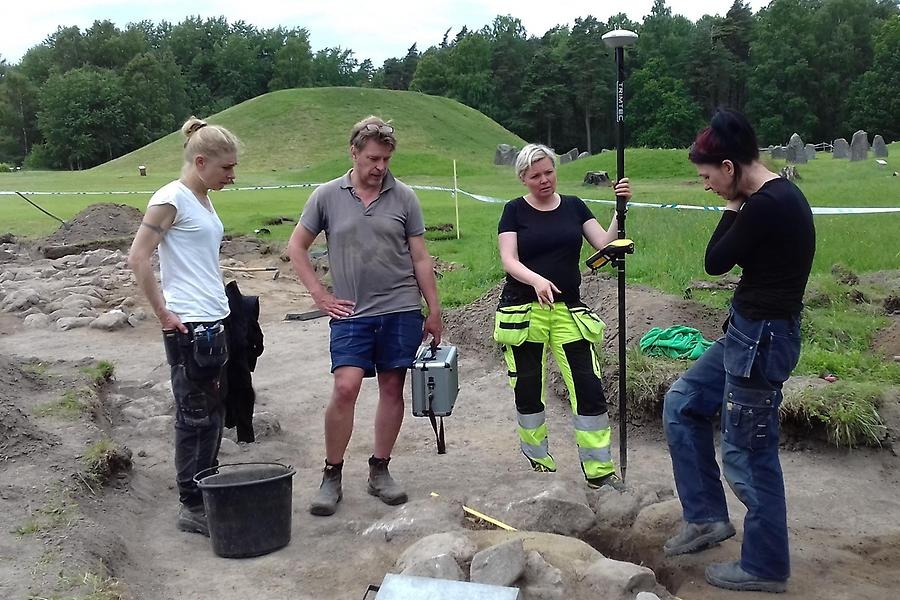 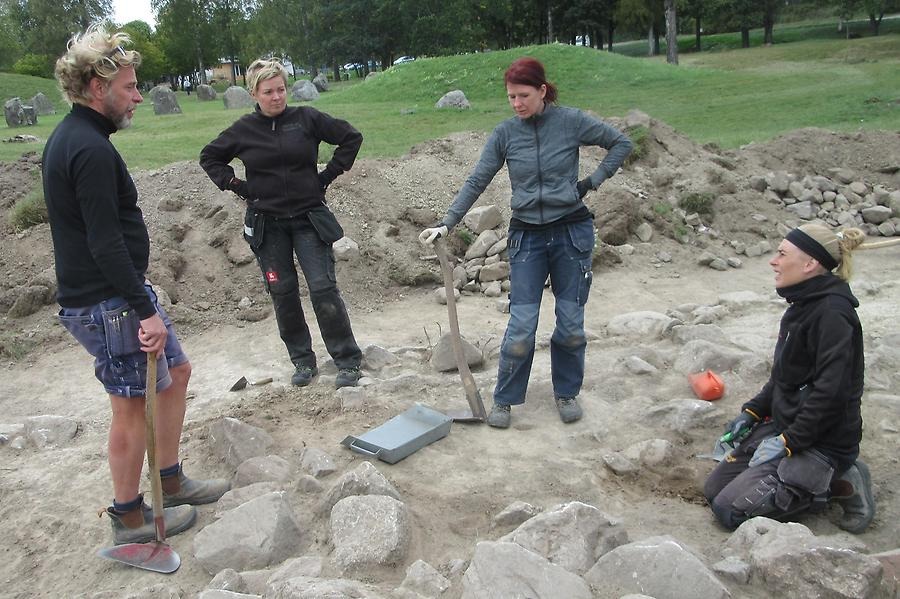 At Anundshög Things (district courts) were held during the whole of the Medieval Ages. The place is described as ‘the right place for the Thing’ in mediaeval written sources. The disputes could be about who owned land or other property. The Thing also punished those who had committed crimes.

Most sources, from the 9th century onwards, describe Things being held out of doors. At Anundshög there are the foundations of a Thing building which was used at the end of the Medieval Ages. In the 1450s the place for holding Things was moved a kilometre north to Badelunda church.

From the paddock by the stream and almost 200 meters west stood once a row of large posts with about 5 meters apart. The posts could be up to 80 centimeters thick and several meters high. The promenade has probably been a demarcation of the sacred area and the place of worship to the outside world. Inside were all the graves and the thing. Outside was the large settlement south of Anundshög. The pillars may have stood on the site in the 600s. 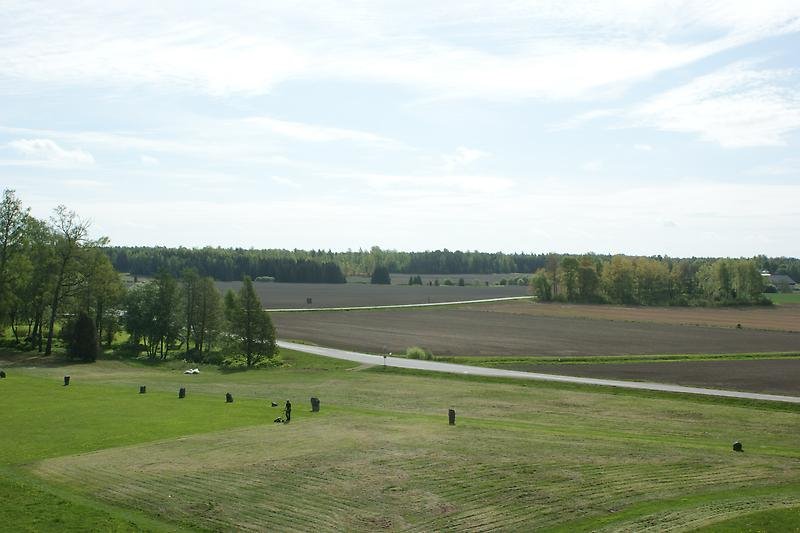